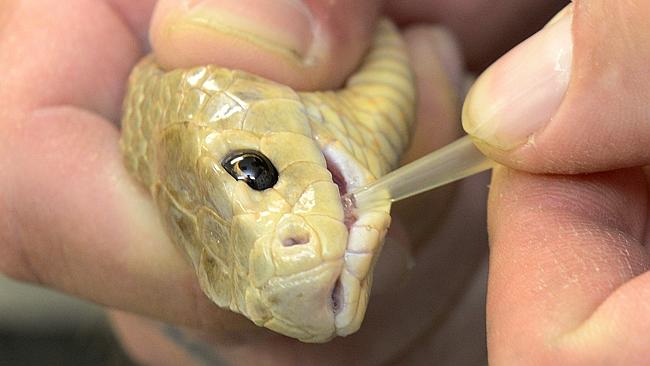 Eastern brown snakes (Pseudonaja textilis) venom toxicity is the second highest of any land snake in the world. This snake also happens to be one of the most common large venomous snakes encountered in the greater Brisbane area and caught regularly by snake catchers.

This snake has always had my respect as a quick, pugnacious snake, responsible for more snake bite fatalities in Australia than any other snake. Despite this it has a reputation amongst herpetologists as having very small venom yields when compared against other Australian elapids. A friend and fellow snake catcher sent me this article today which contradicts this common assumption. It is note worthy that the article is a bit dated (2006) and you will have to ignore the writers incorrect use of ‘poisonous’ in place of venomous, but the research referenced is solid. Well worth a read!

Better get back to work… Hmmmmmm ;p