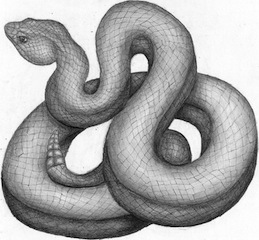 The Brisbane region has been delivering hot humid weather throughout January resulting in large numbers of snake sightings and a continuation in the high volume of callouts experienced by our snake catchers throughout December.

Some notable callouts this month involving tree snakes and carpet pythons included; A common tree snake seemingly stuck, with its head in the drainage hole of a plant pot. On removal of the plant a small family of green tree frogs was revealed with one unlucky individual in the mouth of the snake. The size of the frog meant that the snake could not pull its head back through the hole reminding me of the Simpsons episode where Homer has his arm stuck in the vending machine due to refusing to release his grip on the candy! Another notable call involved a large carpet python about 5 mtrs up a tree. The snake catcher grabbed the snake as it was attempting to make a getaway to higher branches at which point it wrapped itself around a limb making bagging it impossible. What resulted was a Mexican standoff between an angry snake and a snake catcher slightly higher above the ground than he was comfortable with! Happily, the snake catcher was eventually successful in getting the snake into a bag and the snake was relocated to a local reserve. Further, a number of well fed carpet pythons have been removed from pet cages throughout Brisbane this month so now is a good time to ensure pet cages are well maintained and have a fine enough mesh!

The month of January has seen very few callouts for elapids (venomous, front-fanged snakes) with only one red-bellied black snake removed from Beenleigh, one eastern brown snake in Tennyson and two yellow-faced whip snakes removed from the south-western suburbs.

This hot humid weather we are experiencing looks set to continue so I remind you to ensure you are not encouraging travelling snakes to stick around your property. Remember – cut back any trees overhanging your roof, ensure security screens on your doors are kept shut and your yard is clean and clear of debris that could provide a snake shelter.