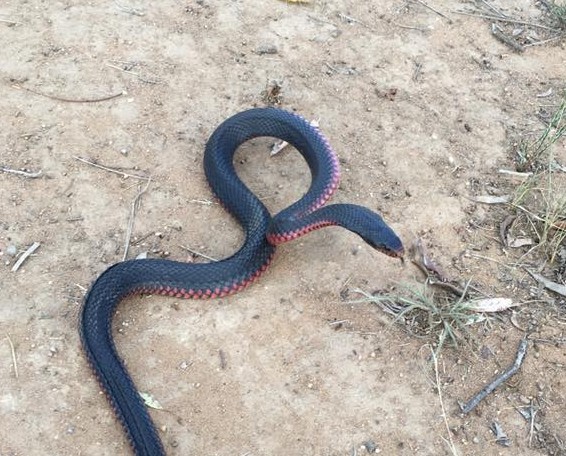 February has been a busy time for our Brisbane snake catchers with snakes on the move in all suburbs.

While as usual carpet pythons and tree snakes continue to be the most commonly sighted snakes we are beginning to see an increase in a number of other species – both venomous and non-venomous.

The most common venomous snakes we have been encountering are red-bellied black snakes with plenty being removed from the southern and western suburbs. Eastern browns and yellow-faced whip-snakes have also been turning up more frequently with a number of callouts in both eastern and western suburbs. Other species we have removed this month include a golden-crowned snake from Chapel Hill, a spotted python from Mount Gravatt East and a couple of Keelbacks from Western Suburbs. Our snake catchers were also called out to a couple of ‘snake impersonators’ including skinks in the Anomolopus and Tiliqua genera.

Some notable calls we received during February included; a red-bellied black-snake chowing down on an unfortunate keelback snake; a common tree snake causing a short in an air conditioning unit; four (yes four!) separate callouts to kindergartens followed by a barrage of questions from excited kids and parents; and a carpet python perched atop a very tall palm tree – catching the snake was fine but being perched so high up got the adrenalin going!

Snakes were frequently moving around the Brisbane suburbs in February and it looks set to continue into March so insure your house doesn’t attract them. This can be done by keeping screens closed, tidying your gardens, including cutting back any trees overhanging your roof and ensuring all pet cages are secure!