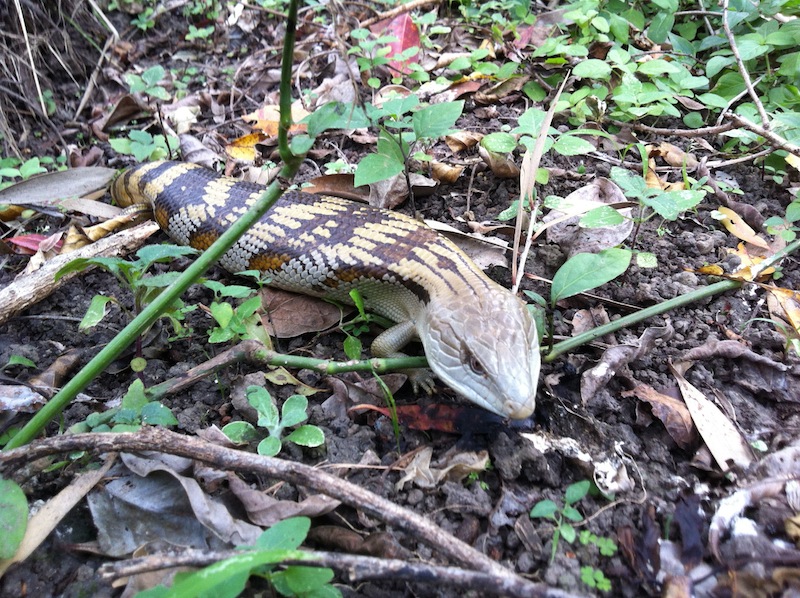 Some of the pseudosnakes I encounter include;

– The most common snake impostor by far is the blue tongued (or pink tongued) skink. Often people will see the end of a tail disappearing into long grass, ground timber or low shrubs and irrational fear will do the rest :p

– Another common misidentification are legless lizards including the Burton’s Snake Lizard, Common Scaly-foot and Delma species.

– Believe it or not the occasional call does result in the ‘capture’ of a fake rubber snake or a section of hose or tube!

To distinguish between snakes and the other reptiles I refer to above look for the following characteristics;

– Snakes DO NOT have ear openings

– Snake have much shorter tails relative to their bodies. Usually only around 1/4 of their total length!

– If you happen to see the critters belly scales snakes have single broad ‘plates’ as opposed to scalation more uniform with the rest of the body.

Thanks for reading and feel free to post any questions!