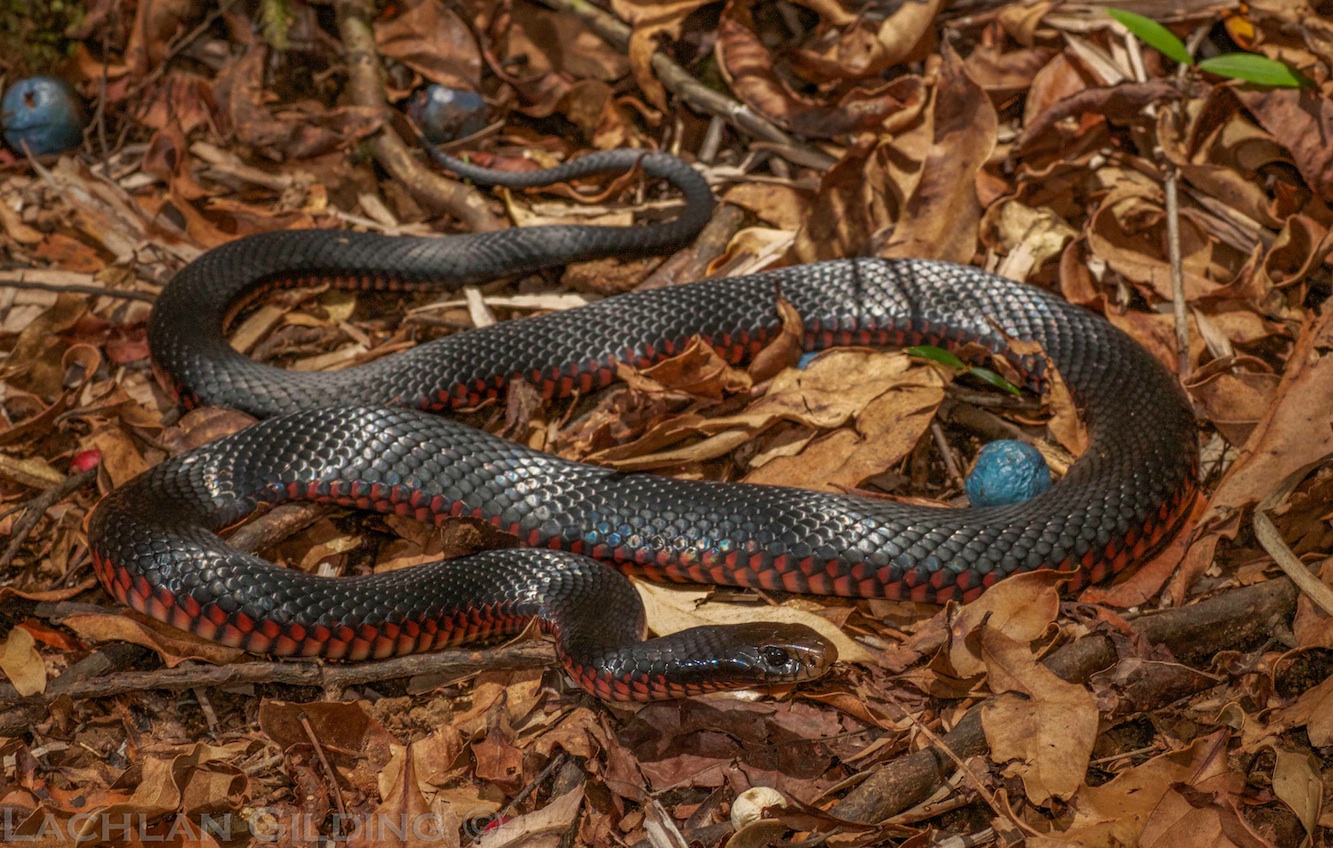 The red-bellied black snake (Pseudechis porphyriacus) has a slightly better reputation with the brisbane public than the eastern brown. Like most ‘black snakes’ the red-belly is disinclined to bite and generally very placid but with sufficient provocation bites have occurred. Despite this the red-belly has never been linked to a human fatality with its venom containing less potent neurotoxins (but also myotoxins and coagulants) than some of the more dangerous australian snakes.
The red-belly is associated with water systems such as creeks, wetlands or swamps where frogs – its preferred prey item – are common. Large individuals can reach two metres in length.
Please find below red-belly identification information including pictures and description…

The red-belly is a jet-black snake with a distinctive red flush to the flanks which fades to a cream belly. Although very distinctive often small-eyed snakes (Cryptophis nigrescens) are misidentified as juvenile red-bellys due to there similar coloration’s.