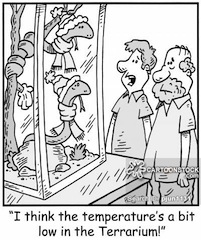 Well the winter snap has finally hit and with it a marked reduction in snake sightings around Brisbane. While snakes are still moving around they are being very selective with when – highlighted by periods of the office phone ringing off the hook and periods with limited action!

The month of May has seen the vast majority of call outs result in Carpet Pythons – still a relatively common occurrence during the colder months as they descend on warm hides such as roof spaces and garages! The odd tree snake is also still showing its face but despite this only one other species was sighted last month, the humble Keelback!

While no venomous snakes were removed in May our snake catchers were still kept entertained by a number of massive carpet pythons. Also, one of last months Keelbacks was found chowing down on the introduced and highly toxic cane toad! Keelbacks have the very cool and unique ability to be able to deal with (in moderation) the toxins produced by cane toads and thus do Australia’s wildlife and ecosystems more generally a great service. Conversely, when other australian predators prey upon cane toads it generally results in mortality.

Our snake catchers were called out to a dead carpet python that appeared to have suffered blunt force trauma injuries consistent with being hit by a hard thin object – a stick or similar. Please remember that it is illegal to kill snakes (or other native vertebrates) in Australia and in doing so you are removing top predators from the system. This can have unintended consequences such as a proliferation of prey species such as mice or rats and flow on problems from this.

Stay warm this winter but remember snakes will be trying to do the same! So to keep snakes out of your property this winter ensure overhanging trees are cut back, screens are kept closed and your yard is tidy and free of things that a snake could hide under or in!